The Imperative to Convict Donald Trump

To Chairman of the Joint Chiefs of Staff: President May Not Possess Mental Capacity

To Speaker Nancy Pelosi: Presidential Powers Must be Removed Immediately

To Vice President Mike Pence on the 25th Amendment: We Have the Science and Facts!

Statement: WMHC Calls for the Immediate Removal of President Donald Trump from Office

DONALD TRUMP NEEDS TO BE REMOVED FROM PRESIDENCY/CANDIDACY

GREAT DANGER TO THE NATION

PRESCRIPTION FOR SURVIVAL I URGENT REFILL

For a safer world 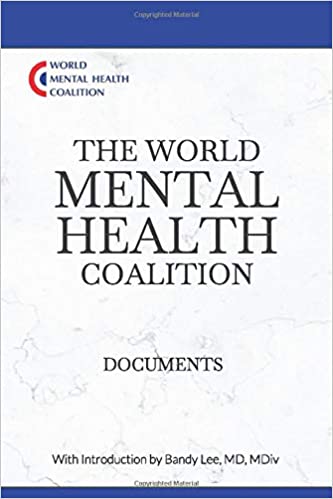 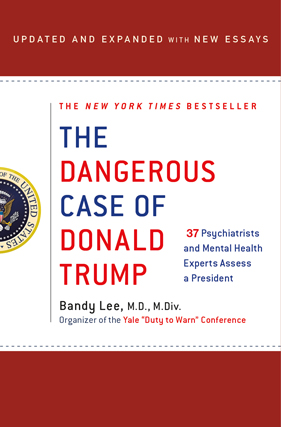 Join your fellow concerned colleagues! Receive newsletters and join in the conversation.

Learn about mental health and get your questions answered!

Letter to the U.S. Senate on Jeffrey Lieberman
Letter to the U.S. Senate on the Need to Convict
Letter of Support to Speaker Nancy Pelosi and All Members of the U.S. Congress
LETTER TO VICE PRESIDENT, SPEAKER OF THE HOUSE, AND MEMBERS OF THE U.S. CONGRESS
The Role of Media in Dangerous Times
The Nation Needs the CDC
Racism is a Cultural Disorder
STATEMENT ON BLACK LIVES MATTER

CAN DONALD TRUMP’S MENTAL IMPAIRMENT BE DEADLY FOR AMERICAN FAMILIES

Minneapolis, MN, and nationwide locations — On 13 March 2020, mental Health Experts specializing in Donald Trump’s type of pathologies conducted an online briefing for the American people regarding the president’s mental incapacity to lead America’s critical response to the novel coronavirus pandemic.

Quote from Dr. Bandy Lee: “Weeks of mismanagement and dangerous misstatements are costing lives.  We must immediately highlight expert information and advice, including those of mental health experts.”

To watch a recording of the panel, please click below:

“THE DANGEROUS CASE OF DONALD TRUMP: THE TRAILER” 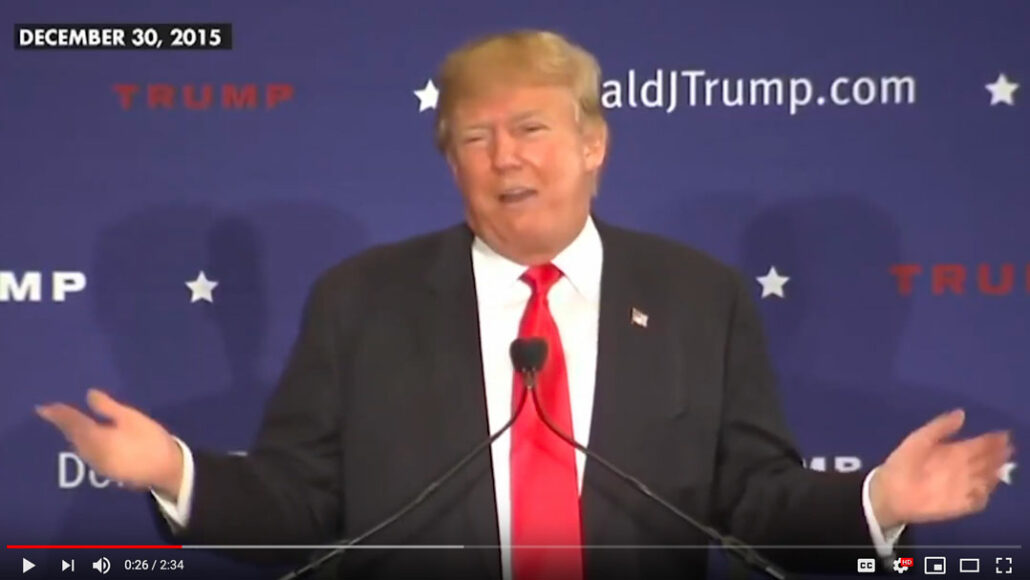 WHEN IS THE RIGHT TIME TO TALK ABOUT A PRESIDENT’S MENTAL HEALTH?

New Haven, CT — At our panel discussion at Yale Law School on 19 September 2019, Yale Law School alumnus and Chief White House Ethics Counsel under the George W. Bush administration, Richard W. Painter, and cultural psychologist and past President of the Association of Black Psychologists, Dr. Kevin Washington, spoke on the public interest of hearing from mental health experts and the cultural perils that can result when experts are silenced.

To watch a recording of the panelist presentations, please click below:

Statement on Mass Violence and the American Psychiatric Association

Washington, DC, and nationwide locations — At our online town hall on 23 July 2019, we opened with a 10-minute highlights video from our interdisciplinary conference in March, a 6-minute video illustrating our report on the Special Counsel’s report from April, and a presentation of five critical questions we were posing to Robert Mueller on the day before his testimony.  The same content was provided to Congress members in a private session earlier that day.

To watch the live stream of our town hall, please click below:

PANELISTS AND AUTHORS OF THE REPORT TO THE MUELLER REPORT:

Click to Read
Statement Regarding Refugees and Asylum Seekers

Meet the 37 authors of the book and thousands of other professionals who have come together in historically unprecedented ways to offer our consensus view that Donald Trump’s mental state presents a clear and present danger to the nation and the world.

An ethics conference on the topic at Yale School of Medicine in April 2017 drew national attention and led to the first book, which became an instant New York Times bestseller and the Washington Post’s “most courageous book of the year.”  Demands for an update gave rise to a second book, which was released in March 2019.  Meanwhile, we have become the nation’s first and largest mental health professionals-only organization to address the issue of dangerous mental instability in the highest office of the land.  Joining with our international partners, we have recently renamed ourselves the World Mental Health Coalition (formerly the National Coalition of Concerned Mental Health Experts).

While Mr. Trump in the office of the U.S. presidency is our greatest and most immediate concern, we are also working toward prevention by helping humanity to build for itself a healthier and more sustainable world where impaired leaders are less likely to rise to power.  While we can assess societal mental health, we cannot improve it on our own.  Multidisciplinary partnerships are necessary to that end, which is why we began with an interdisciplinary conference with the release of the second book.  Subsequently, we performed a mental capacity evaluation based on the Mueller report (mental capacity is a basic requirement for fitness) and presented it at an online town hall the day before Robert Mueller’s testimony.

In December 2019, we submitted a petition to the U.S. Congress with over 800 mental health professional signatories, asking that the impeachment proceedings consider mental health aspects, forewarning an event such as the assassination of a top Iranian general.  Recently, with the coronavirus pandemic, we issued a “Prescription for Survival,” accessible at the top of this page.  Our continued purpose is to bring mental health into national discourse, for we believe that a healthy and empowered polity must have access to facts as well as to expertise.

We are not the ‘Duty to Warn’ group:  Duty to Warn (https://www.adutytowarn.org/ and https://twitter.com/duty2warn) is a political group that continues to copy and to claim ownership of our efforts.  Multiple mental health professionals, including the editor, have asked repeatedly to be taken off its Super PAC, on which we were added against our will.  We object to acting on the part of a political party, using our profession for political or profit motives, and soliciting big partisan donors, which forfeits our ability to speak as professionals.  We also do not diagnose, advocate for specific political solutions, or approve of a group presenting itself as “mental health professionals” when most members are laypersons.  We oppose its use of our names for political and financial gain, especially without our consent.

We take ethics seriously:  Both the president and the vice president of our organization have been staunch defenders of the Goldwater rule for decades.  This is why we consider what the American Psychiatric Association has done under the Trump administration to be especially egregious.  It failed to clarify to the public that the Goldwater rule is an affirmative obligation: that we participate in activities that improve the community and better public health—and educate the public when asked about public figures while refraining from diagnosis.  By inflating the “do not diagnose” part while suppressing the “educate to better public health” part, it gagged an entire profession and protected a destructive government.  We object to this politicization of psychiatric ethics by placing a public figure over our responsibility to public health and safety.

More on the political use of the Goldwater rule is explained here: 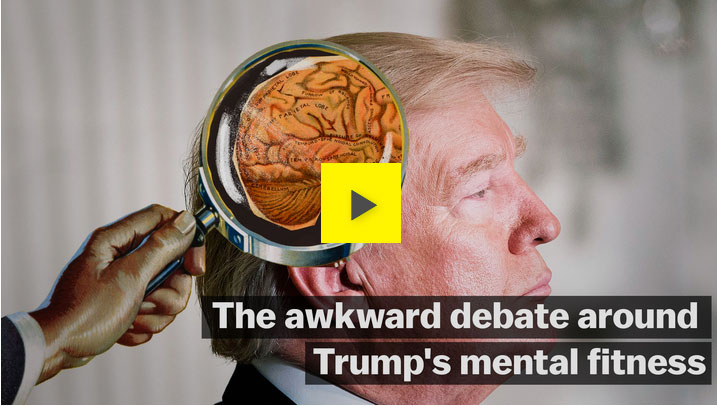