Founding Board of Directors 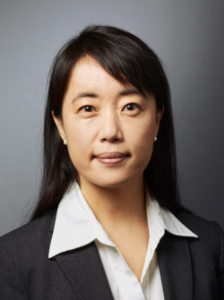 Bandy X. Lee, M.D., M.Div., President, is a forensic psychiatrist at Yale School of Medicine.  She served as Director of Research for the Center for the Study of Violence and co-founded Yale’s Violence and Health Study Group, a member of the World Health Organization Violence Prevention Alliance.  Lee has consulted with governments on prison reform, including of New York City’s Rikers Island Correctional Center.  She has published numerous scholarly articles and academic books, and has authored the textbook Violence (Wiley-Blackwell, 2019).  The ethics conference she convened in April 2017 led to The Dangerous Case of Donald Trump: 27 Psychiatrists and Mental Health Experts Assess a President (Macmillan, 2017 and 2019). 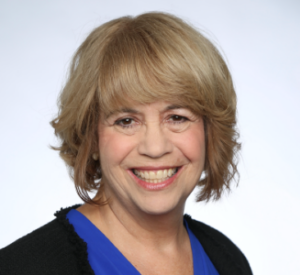 Prudence Gourguechon, M.D., Vice President, is a past president of the American Psychoanalytic Association.  She advises business leaders on the psychology of business through her consulting firm, Invantage Advising.  She is widely quoted as an expert in human behavior in national media including the New York Times, the Wall Street Journal, and the Atlantic and has appeared on MSNBC’s The Last Word with Lawrence O’Donnell.  She devised a tool for assessing the fundamental traits and capacities necessary for a leader to carry out his duties.  A chapter about this approach and its relationship to the 25th amendment appears in the 2nd edition of The Dangerous Case of Donald Trump. 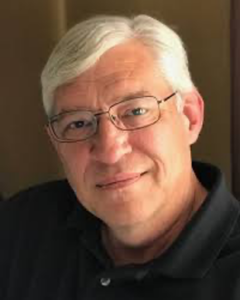 Scott Banford, LCSW, Secretary/Treasurer, is a psychotherapist in private practice in Englewood, NJ.  He is also currently providing social services at St. Paul’s Episcopal Church and developing a social outreach program with the goal of strengthening communities.  He was the Founding Executive Director of Shepherd’s House, a substance abuse treatment program based in Lexington KY.  He developed an intensive in-community treatment business in NJ providing services to children in the Medicaid system of care.  Banford has extensive experience in non-profit management and program development.  He is a founding officer of the World Mental Health Coalition. 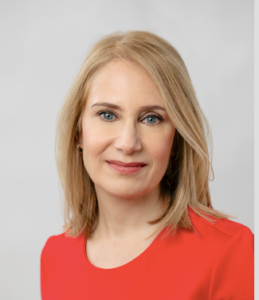 Ruth Ben-Ghiat, Ph.D., is Professor of History and Italian Studies at New York University.  The recipient of Guggenheim, Fulbright, and other fellowships, she’s an expert on fascism, authoritarianism, and propaganda.  As a political commentator on those subjects and how Donald Trump fits into them, she appears frequently on radio, podcasts, and television and writes columns for CNN, the Washington Post and other outlets.  She is the author of numerous books on Fascism and is now writing Strongmen: How They Rise, Why They Succeed, How They Fall  to be published by Norton in 2020. 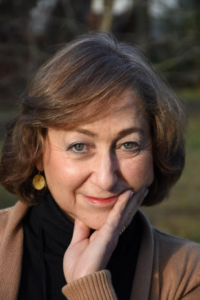 Brenda Berger, Ph.D., is a clinical psychologist and psychoanalyst in practice in New York City.  She is a clinical assistant professor of medical psychology in psychiatry at Columbia University and on the faculty at Columbia University Center for Psychoanalytic Training and Research where she serves on the Executive and Public Outreach Committees.  She is coeditor with Dr. Stephanie Newman of Money Talks: In Therapy, Society and Life (Routledge, 2012) and author of Parent Development Interview and several articles.  Born and raised in South Africa during the cruelties and indignities of apartheid, Berger has had a life time concern about racism and hatred. 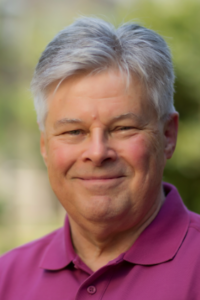 Edwin B. Fisher, Ph.D., is a clinical psychologist and Professor in the Department of Health Behavior in the Gillings School of Global Public Health at the University of North Carolina at Chapel Hill.  He is a past president of the Society of Behavioral Medicine and editor of Principles and Concepts of Behavioral Medicine: A Global Handbook (Springer, 2018).  He is also the Global Director of Peers for Progress, dedicated to peer support in health care and prevention worldwide.  In addition to his chapter in The Dangerous Case, he has written on community and peer support in health and on the varied connections of health and behavior. 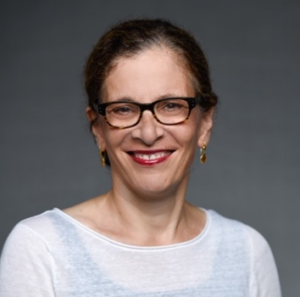 Flora E. Lazar, Ph.D., LCSW, is a psychotherapist and historian practicing in Chicago, where she founded and edits the Chicago Psychoanalytic Society News.  Before becoming a clinician, Lazar served as public affairs director at Chapin Hall, a child and family policy research institute formerly at the University of Chicago, and helped found Operation Respect, an advocacy organization focused on combatting bullying in schools .  Her work on psychoanalysis and the allied disciplines has appeared in American Psychoanalyst and Division Review.  Flora earned her B.A. from Harvard College, Ph.D. from Columbia University, and M.S.W. from the University of Chicago. 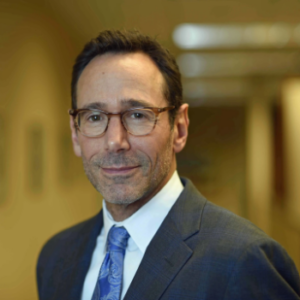 Richard Goldwasser, J.D., is a partner with the Chicago law firm of Schoenberg Finkel Newman & Rosenberg, LLC.  He concentrates his law practice in commercial litigation and appellate practice, including criminal defense appeals, where he has obtained reversals of murder convictions based on violations of Fourth, Fifth and Sixth Amendment rights.  From 2011-2017, Goldwasser served on the national board of directors for J Street, a political advocacy organization focused on promoting a two-state solution to the Israel-Palestinian conflict.  He currently serves as chair of J Street’s local chapter in Chicago. 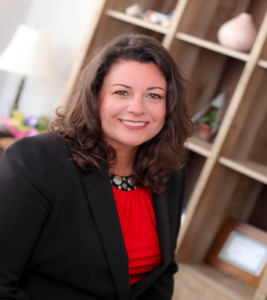 Jennifer Panning, Psy.D., has been a licensed clinical psychologist since 2004 and is the President of Mindful Psychology Associates, a group practice in Evanston IL.  She has been working with young adults using empirically validated treatments and relational therapy, specializing in mood disorders and eating disorders, for most of her career.  Panning is the author of the chapter “Trump Anxiety Disorder” in the NY Times Best Seller The Dangerous Case of Donald Trump: 27 Mental Health Experts Assess a President and has been quoted in publications such as Raw Story, Healthline, and Esquire. 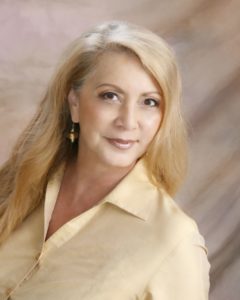 Rosemary Sword is co-developer of Time Perspective Therapy (TPT) and a time perspective therapist in private practice on the island of Maui.  Based on her Hawaiian heritage, she is a cross-cultural counselor trained in ho’oponopono — indigenous Hawaiian psychology/counseling.  With her colleague Philip Zimbardo, she is coauthor of numerous TPT books, book chapters, psychological journal articles as well as a popular PsychologyToday.com blog column. Sword is developer of Aetas Mind Balancing Apps (www.discoveraetas.com) and a 4-week PTSD/TPT track for Happify.com. 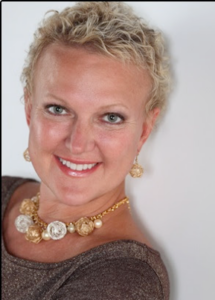 Leslie Wagner, Ph.D., is a clinical, health, and design psychologist licensed in the states of Michigan and Florida.  She is in private practice and consults as a global real estate advisor to Sotheby’s.  Wagner completed the Public Interest Design Training Program at Harvard Graduate School of Design and is certified in Social, Economic, and Environmental Design.  She was a two-year clinical fellow at Harvard Medical School’s Massachusetts General Hospital.  She completed her clinical internship in French and English at McGill University’s Montreal General Hospital, and her doctorate in counseling psychology at the University of Southern California (USC).  At USC, she was named a presidential fellow of the Leadership Institute, the highest honor awarded to USC’s graduate and professional students. 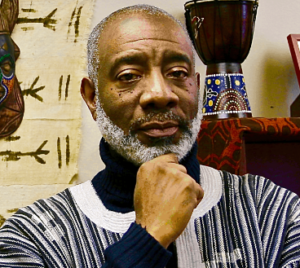 Kevin Washington (Mwata Kairi), Ph.D., is a licensed African-centered psychologist in Florida and Washington, DC.  NewsOne, Essence Magazine, Black Entertainment Television (BET) News, Vocal Point and many other national and international organizations have sought his expertise in the area of cultural matters and mental health.  He is the immediate past president of the Association of Black Psychologists and is head of the Sociology and Psychology Department at Grambling State University.  He examines cultural and historical trauma of people who are impacted by Persistent Enslavement Systemic Trauma (PEST), and a founder of Ubuntu Psychotherapy (Psychology), he advances a culturally-sensitive mental health counseling and psychotherapy.

The recent conference in Washington, DC, was our most monumental event to date, which means there was phenomenal teamwork behind the scenes!  We would like to thank, in particular:

Sara Pascoe, who was Bandy’s “right-hand woman” and did almost an equal amount of work in lock-step for weeks leading up to the conference

Mark Bruzonsky, who, as a reporter in Washington, was the brains behind the whole operation

Stacey Pritchett, who, as our web designer, stepped in upon every need regarding the web site, live stream, slide show, flyer, banner, and everything in between

David Schatz, who gathered all the essential videos and best slides for the film in the beginning and non-author slide show throughout

Sandra Luckow, who patched together videos to create a film for the conference on extremely short notice, and then the “highlights” video after the conference

Will Jenkins, who filmed the live stream following days of figuring out the technical aspects

Ian Fay, who helped with the technical aspects of live stream

Jeffrey Sachs, who helped conceive the event and agreed to moderate

Jason Stanley, who helped us find the unique woman panelist who would agree

Robert McDonald, who stepped in at an urgent moment of need and gathered fax numbers

Leslie Wagner, who called around media contacts when our PR firm fired us two days before our event

Sheila Nielsen, who helped publicize our event and informed lawmakers

Barabara Lavi, who managed Twitter, took care of the house and food, and served as an usher

Robin Freedman, who publicized to the universities and served as an usher

Farrell Silverberg, who helped with announcements to professional societies

Mary Intermaggio, who managed the housing and ushers

And authors and others who came all the way to attend the conference and/or Coalition meeting:

All of you have been marvelously congenial and generously giving of your time, ideas, and expenses as you support our fledgling organization!

For all those who watched us and rooted for us from afar, thank you for holding down the fort!

In solidarity and gratitude,